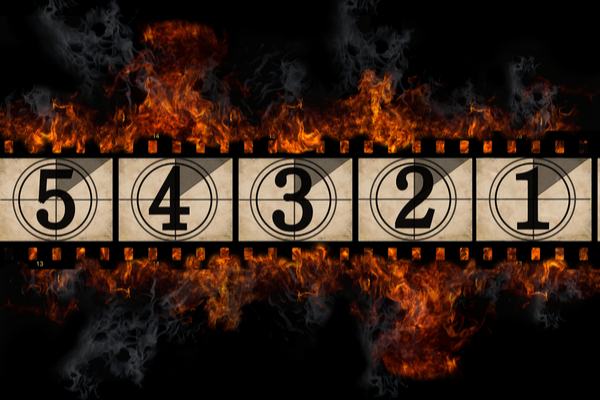 As an expert in fire protection, DEM Fire has full understanding of the complexity of a well-designed fire system.

Something as seemingly simple as a commercial sprinkler system requires a thorough knowledge of solution design, system installation, building codes and compliance requirements across multiple property types and industries.

“The true operation of fire sprinkler systems is nothing at all like Hollywood,” explains Tom Marshall, Managing Director of DEM Fire. “In a film you will often see a whole bunch of sprinkler systems going off at once. In reality, that never happens.”

The reason is that widespread, simultaneous sprinkler activation as often seen in films, is contrary to the true intention and function of a sprinkler system. And there are multiple factors involved – including building classification and water supply. 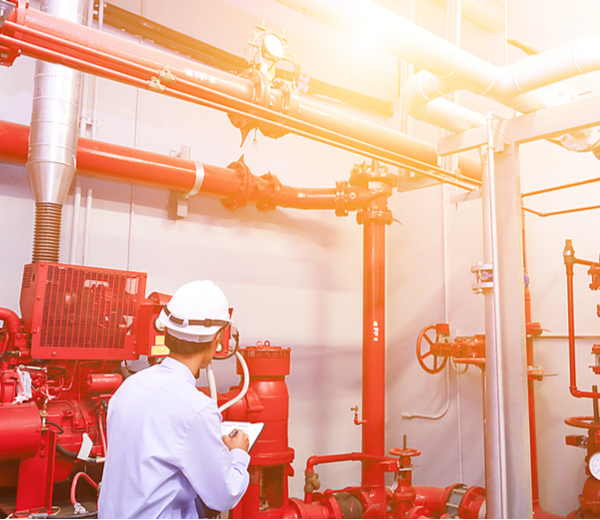 In movie scenes, it’s not unusual for a fire to trigger not just a few fire sprinklers, but sprinklers the length and breadth of a large office, or across entire floors of a high rise. While it makes for a bigger visual impact, it misses the mark entirely.

One obvious contradiction lies with water supply. “In reality, the total water supply to a commercial property is typically designed to supply between 6 and 12 sprinklers at once, depending on the layout and classification of a building,” explains Tom.

“There is no way that any property has enough water supply to cover a whole building’s worth of sprinklers at once.” 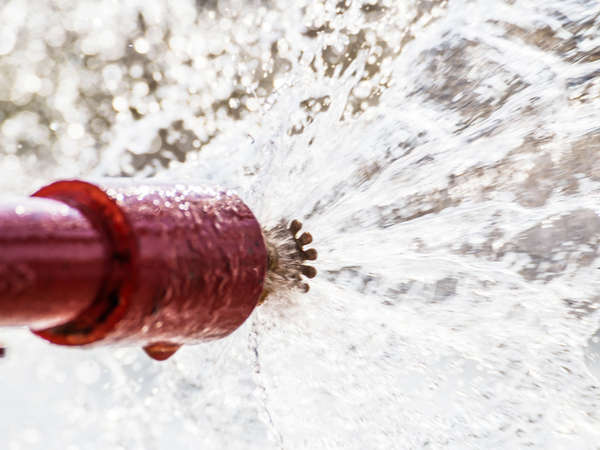 An effective sprinkler system does not require tens or hundreds of sprinklers to operate simultaneously. The design of a sprinkler system is about a focused and fast response to extinguish a fire at the source… and critically, before it spreads.

“In any fire, the only sprinklers that operate are those directly impacted by the fire,” explains Tom, “and that will generally be one or two sprinklers. In an ordinary hazard setting, we design sprinkler systems to extinguish at the source, and that often can take just a single sprinkler head.”

While there are special purpose deluge systems where multiple sprinklers may be utilised for fire control – such as with specific risks like large gas cylinders – it is a rarer and special application system. Typically, in most commercial spaces, a fire will trigger only the one or two sprinklers located directly over the outbreak. 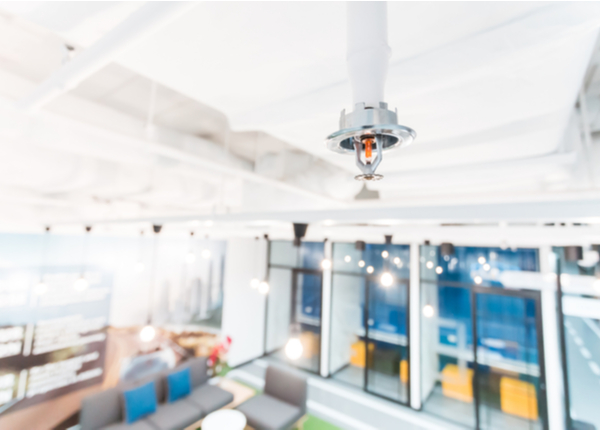 Whilst effective fire protection requires minimal sprinkler activation, offices and other large commercial premises may still need tens or hundreds of sprinkler heads given that a fire could break out in any location.

The design of sprinkler systems is determined by the hazard class of a property, which varies for normal occupied spaces, retail spaces and public areas like car parks.

“The hazard class of a building sets down the water supply design density (expressed in mm/min) to provide over an assumed floor area. The assumed design area is based on the size of fire the sprinklers may need to control for the hazard class of the building,” says Tom. “It’s also about spray patterns. You need to consider how much a single sprinkler spray will cover and what obstacles will affect dispersal.”

Types of obstacles include partitions, beams, air conditioning ducts and storage racks. Systems as such are designed so that each area in a building has the required water supply for the number of heads to operate effectively over the design area, taking into account those obstacles and spray patterns.

“Storage can also affect sprinkler spray patterns,” adds Tom. “And that’s why we require a clearance beneath the spray canopy in order for them to function properly.” Boxes or crates piled high to the ceiling, for instance, can hinder effective sprinkler operation.

The design and function of sprinkler systems provide a clear example of the importance of asset management. Regular maintenance including annual fire safety inspections are critical to identify changes in a building that might affect sprinkler operation such as a change in tenancy, alterations to office partitions or new retail fitouts.

“Building managers do usually understand that sprinkler systems need to be continually altered to ensure they function effectively and optimally, but tenants don’t always understand the process,” says Tom.

When a manufacturing business moves into premises that were formerly used as a warehouse for instance, that change in usage and occupation often requires a completely new sprinkler system design in order for it to deliver the fast, focused and effective response required.

DEM Fire specialises in sprinkler systems and all and all aspects of solution design, system installation, asset management and fire compliance. So contact us for considered – and comprehensive – fire protection.